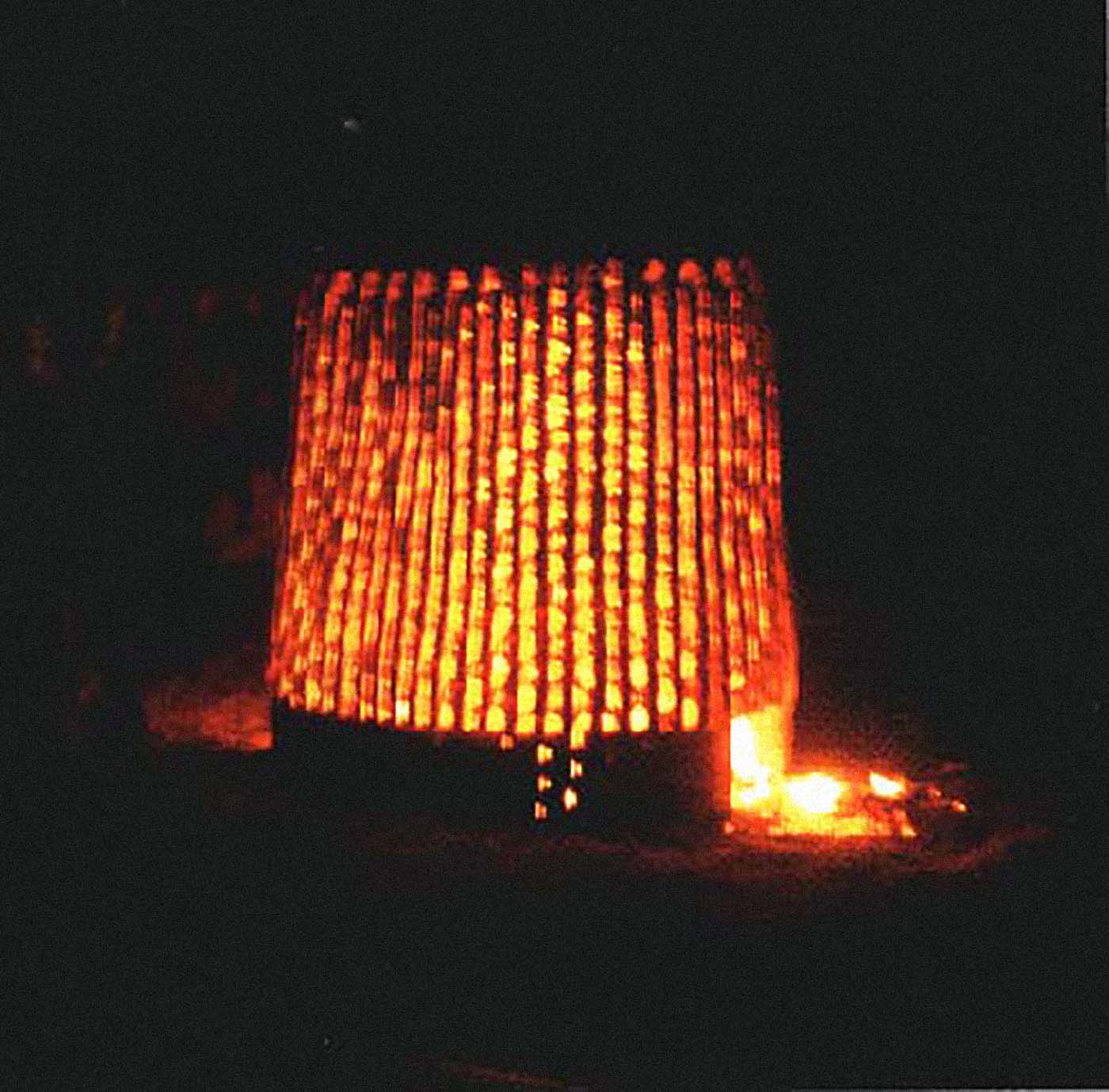 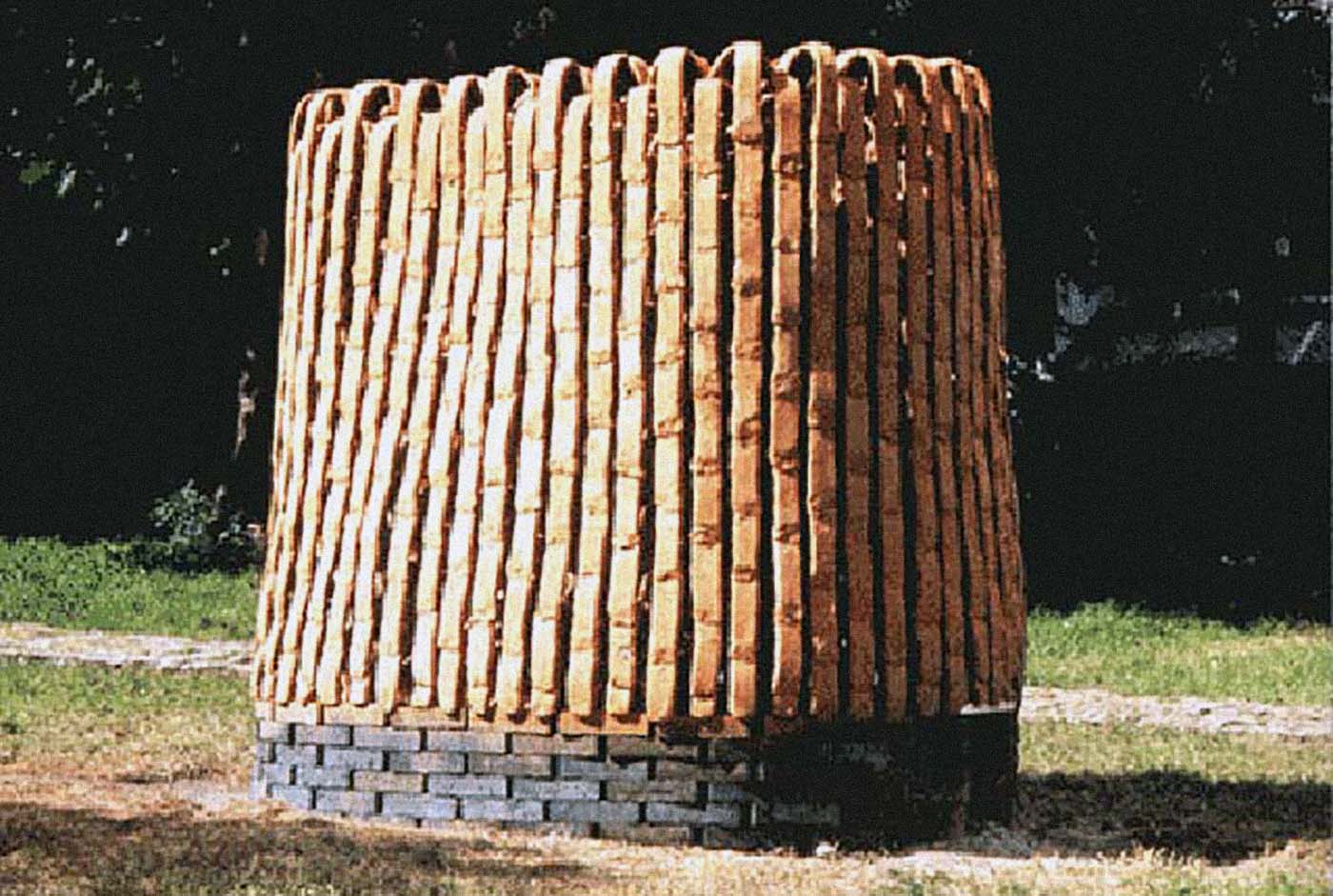 Length: 2.20 m, height: 2 m. Built in June 1997 out of 1,5 ton of red clay on the St. Olufs Plads, Århus. The project was the conclusion of an education period at the school of ceramics “Clay Art”. The first church in Århus was built at that location in 945 and stones in the grass show the outlines of a later church. In the center of this was built a light and transparent oval form on a foundation of black bricks. Through the walls could be seen a more massive clay column which because of its mass would glow for longer than the surrounding open shape. The idea was roughly that it is the indistinct interior, which is the essence. It stood three months.