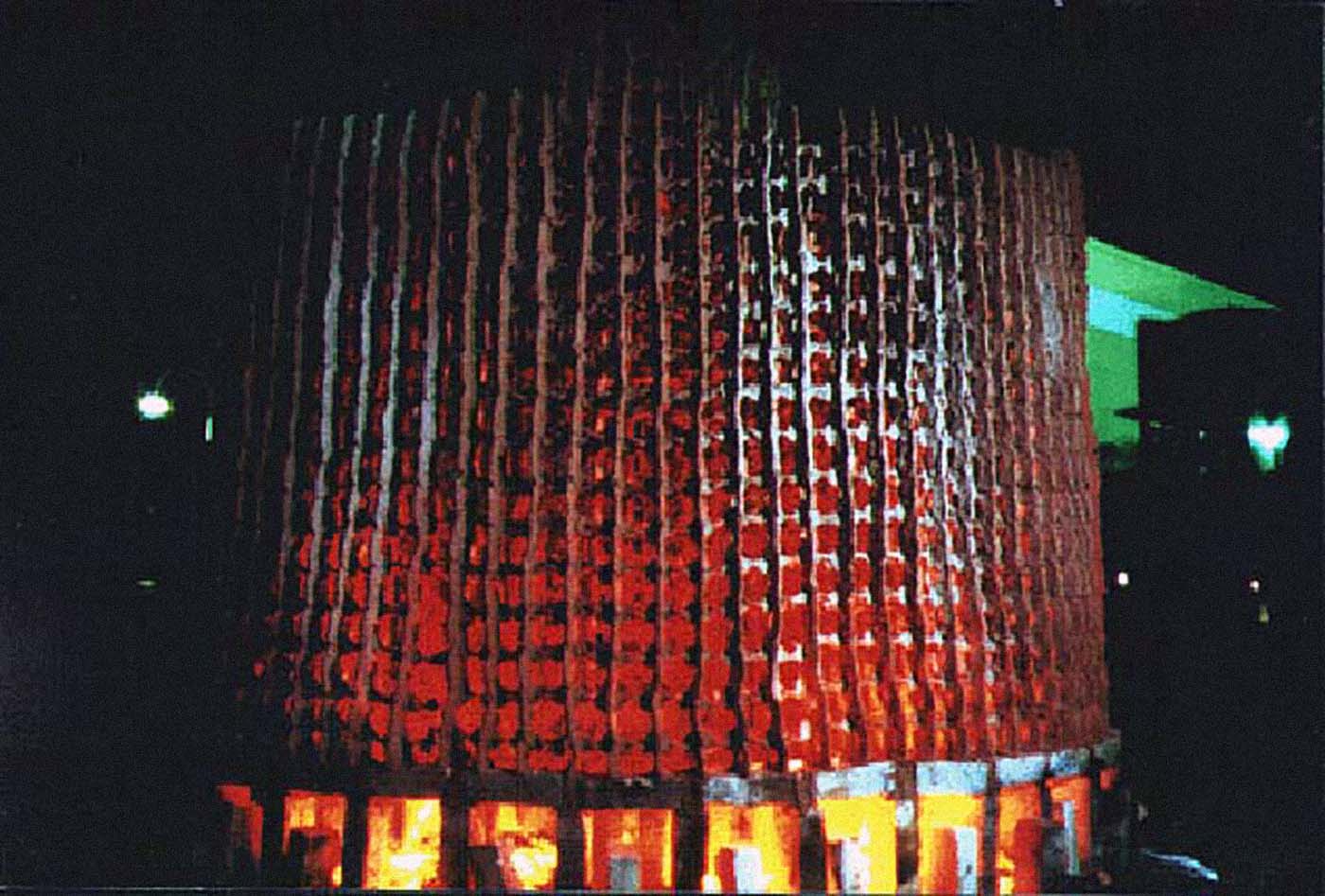 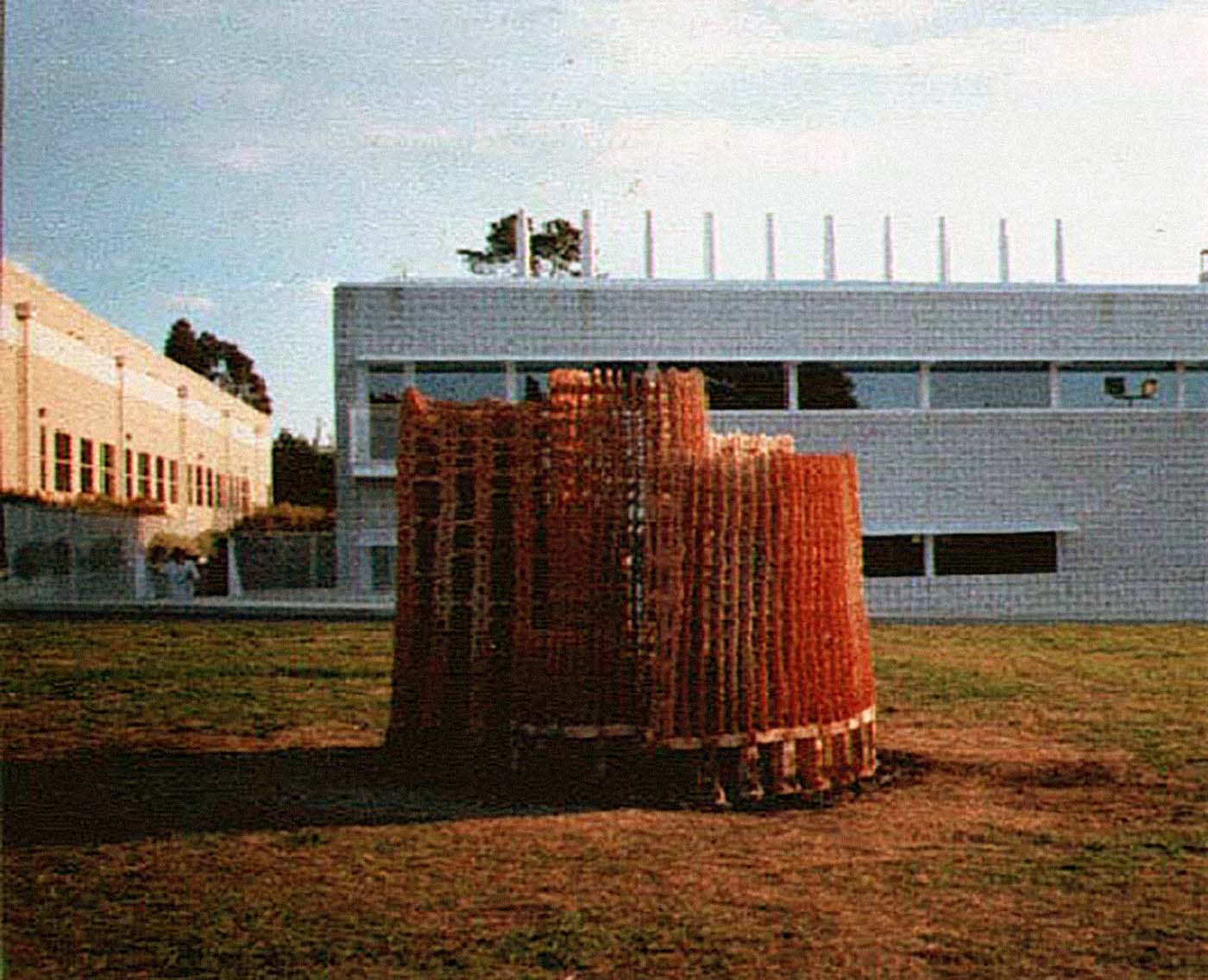 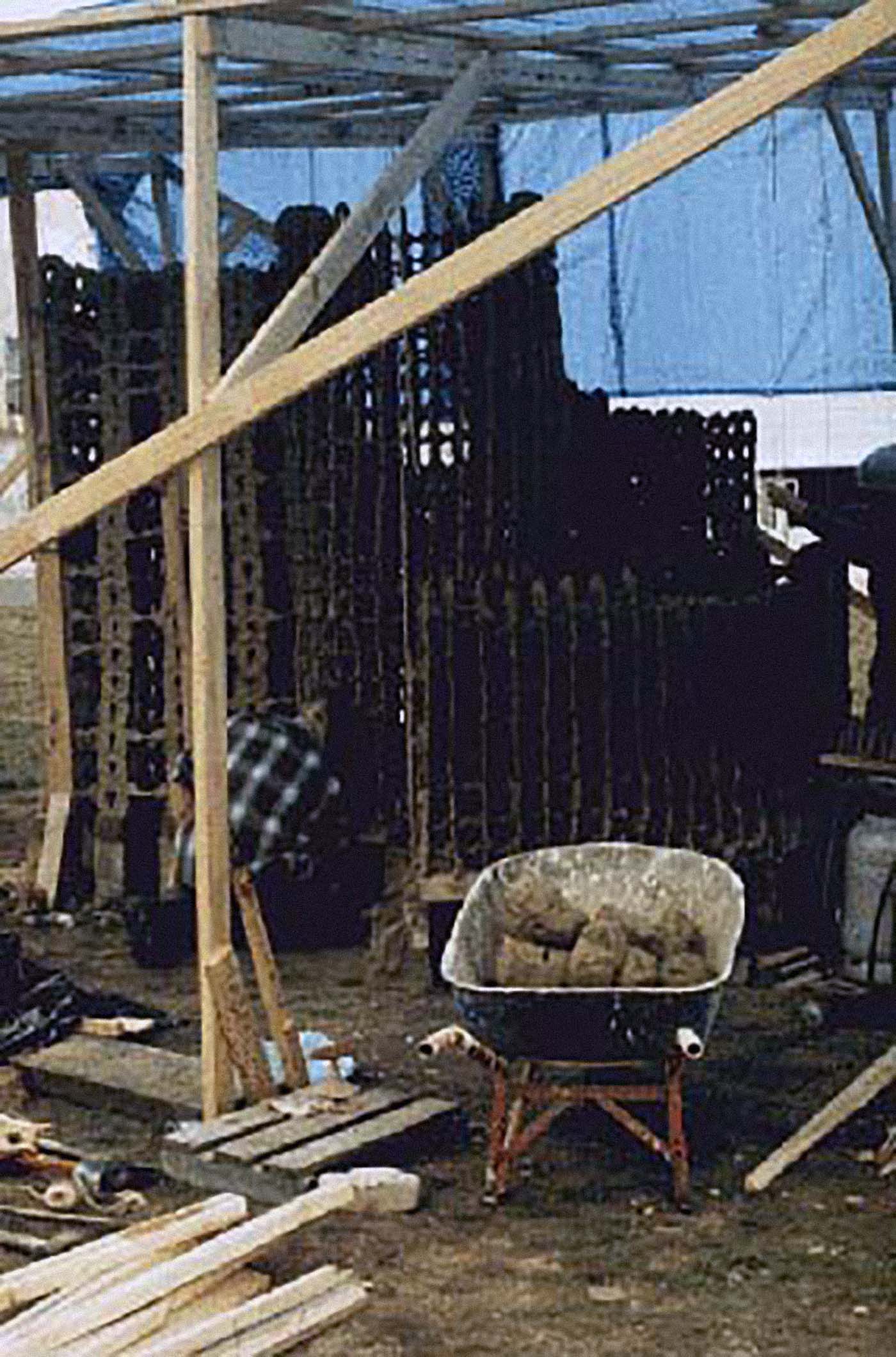 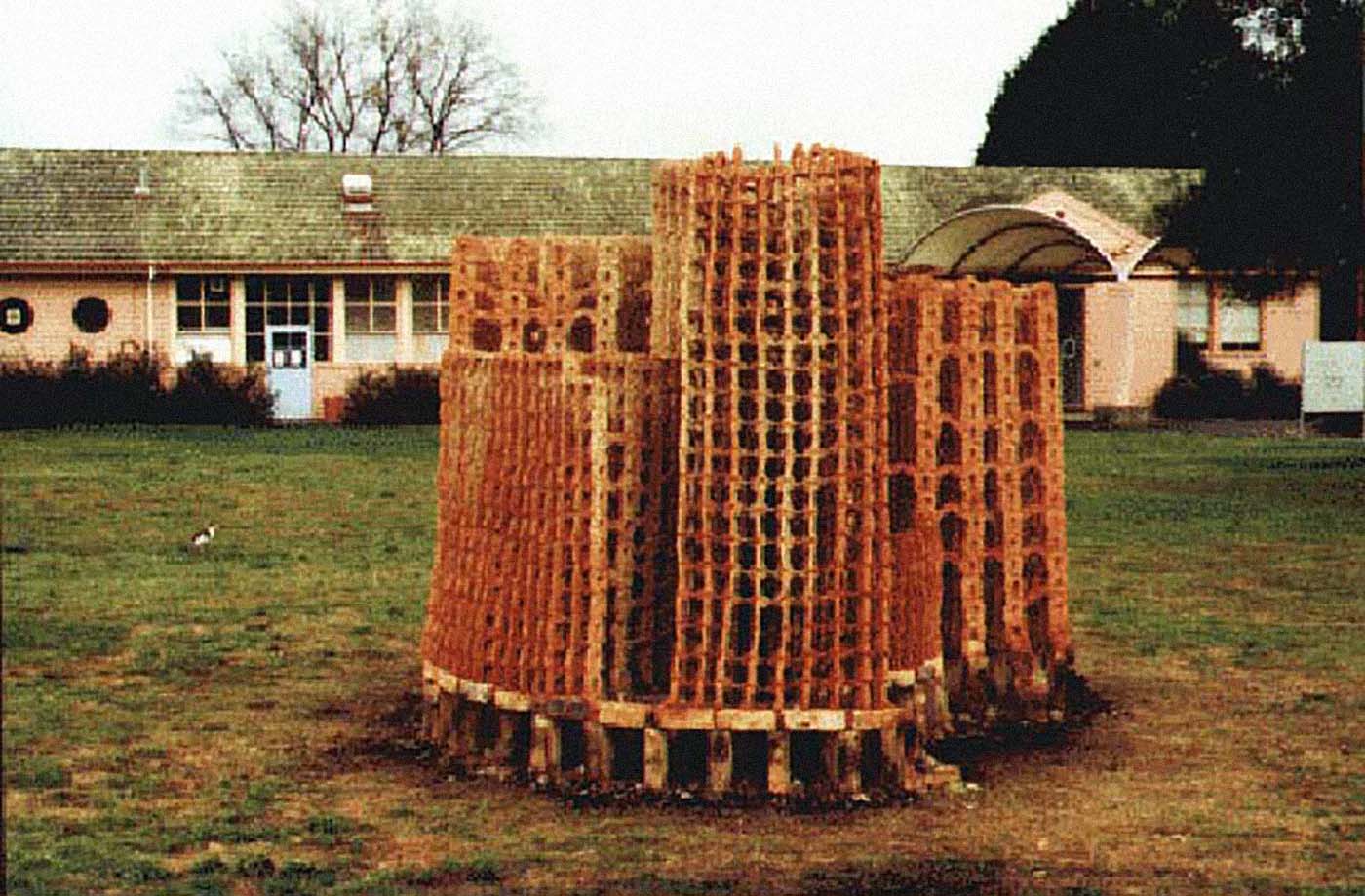 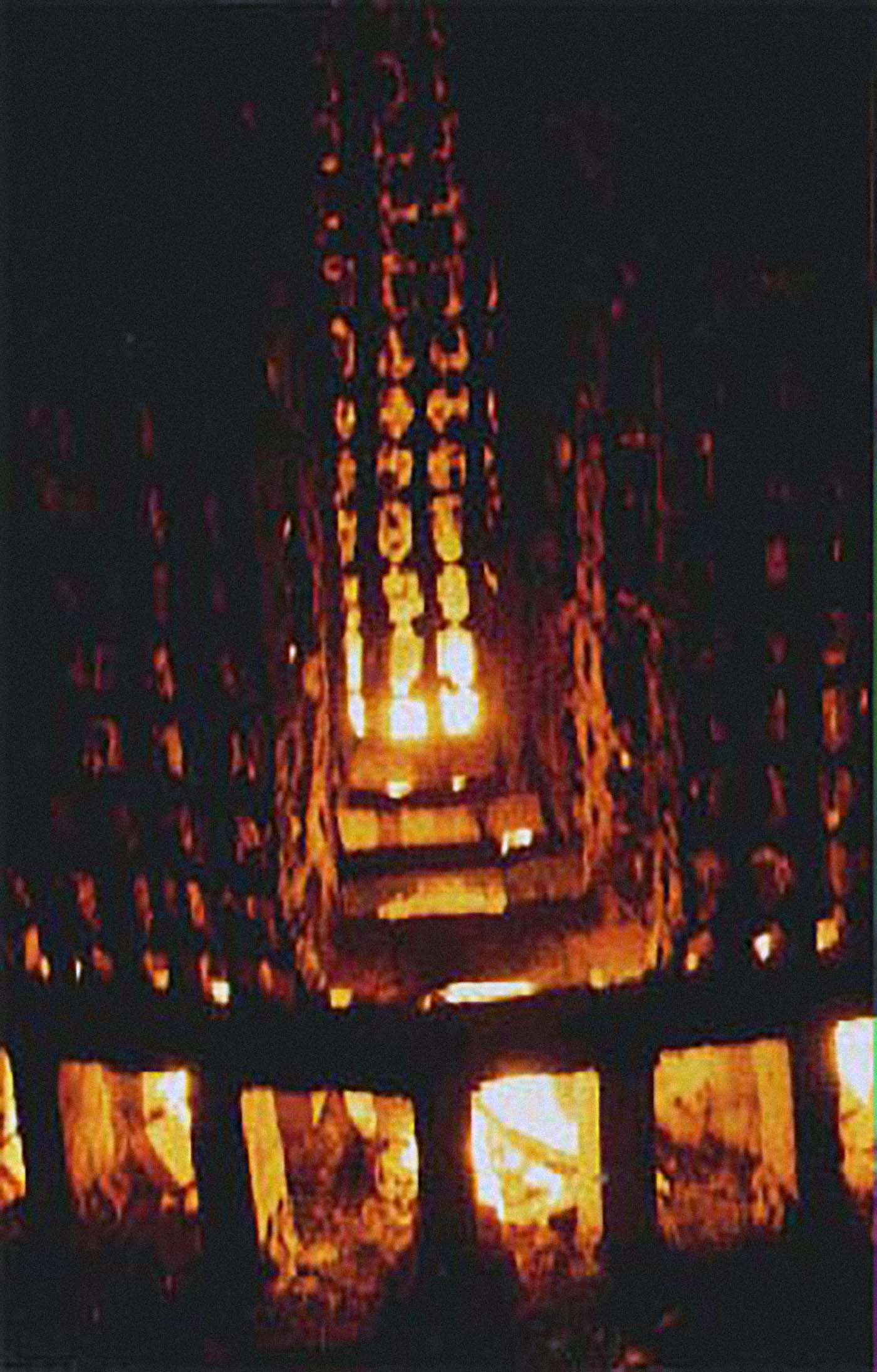 After the Cowboys | Tasmania, Australia

Diameter: 3 m, height: 2.40 m. Built in May 1998 out of a reddish tile clay at The Academy of the Arts, Launceston, Tasmania. The context was that Jørgen Hansen was invited ‘artist in residence’ at the Academy. He was inspired by the contrast between the Aboriginal outlook and ours. Our time as symbolized by cowboys, John Wayne’s style of yes or no and square massive nontransparent structures. By contrast he made an open and fragile thing on a foundation / fireplace formed like 5 concentric rings inspired by drawings which often appear in Aboriginal paintings. It was vandalized after two months.