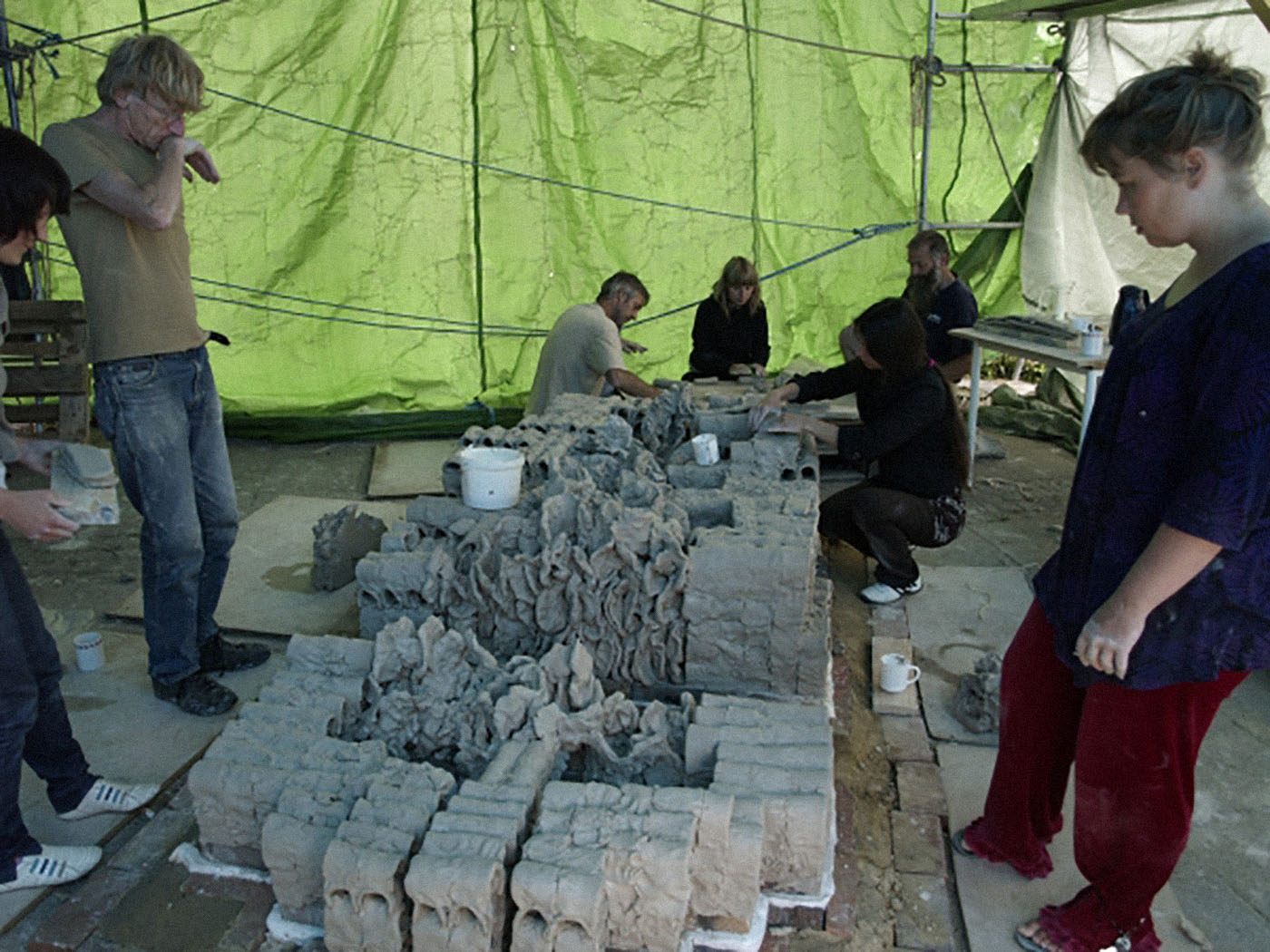 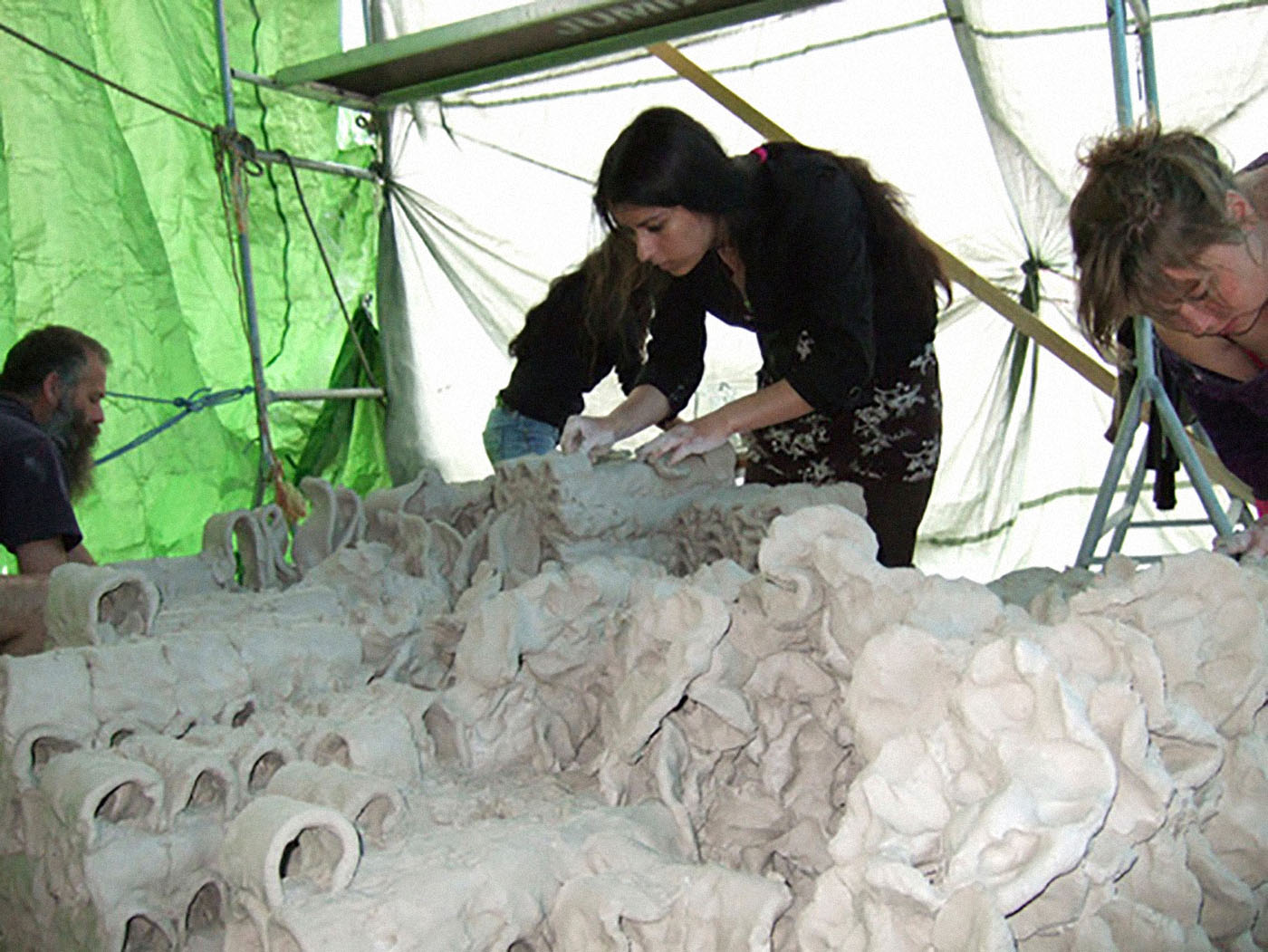 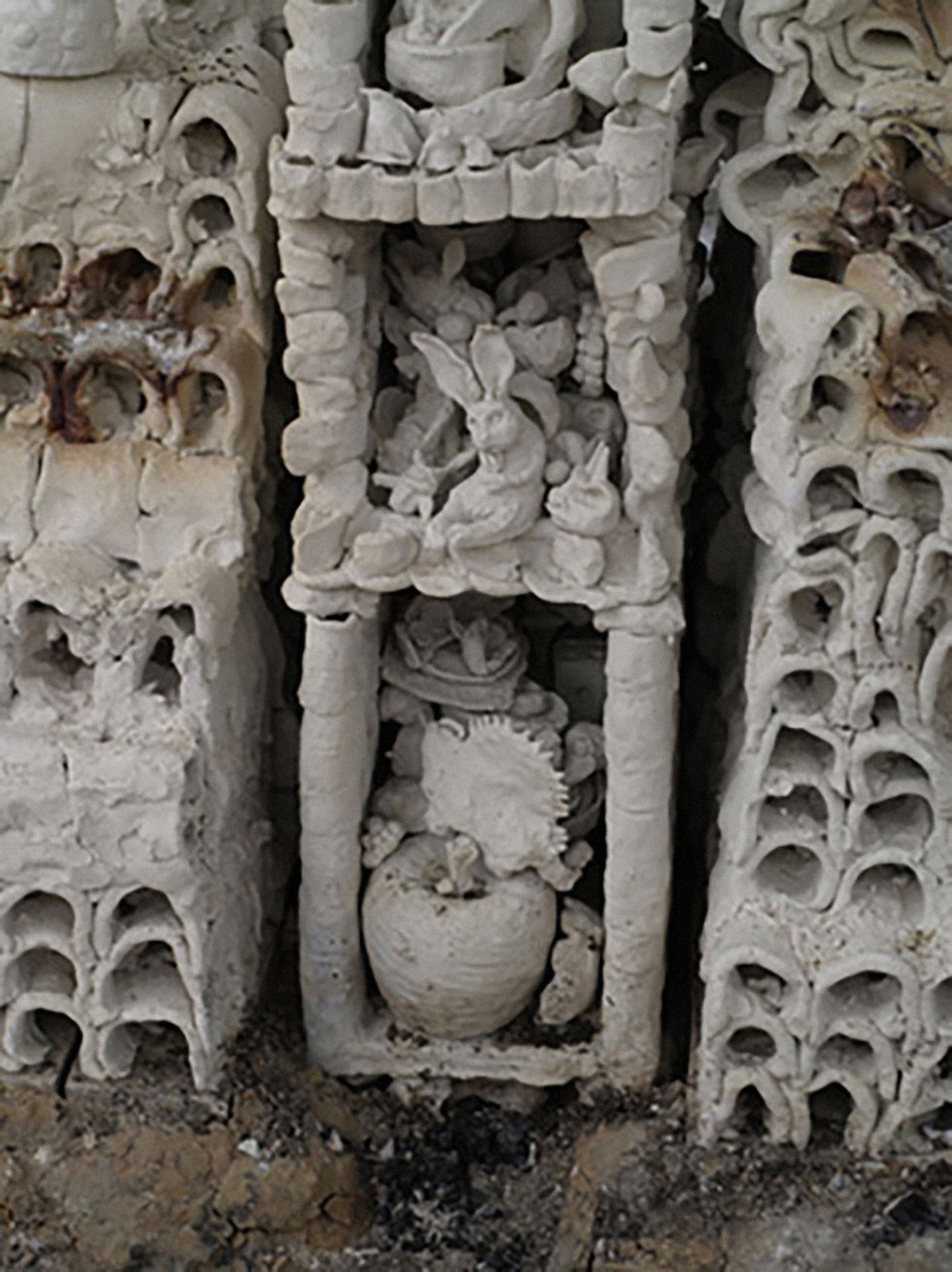 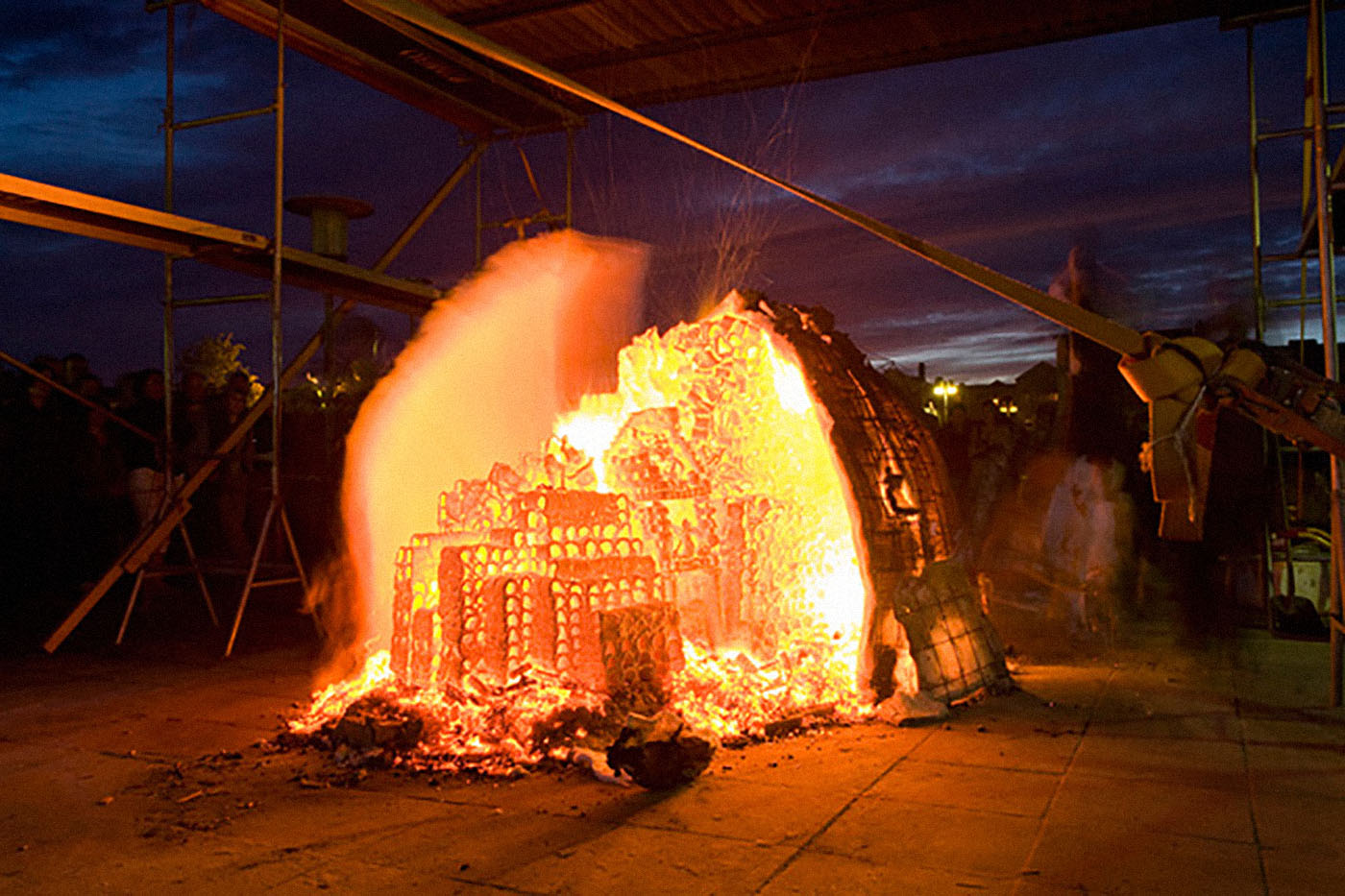 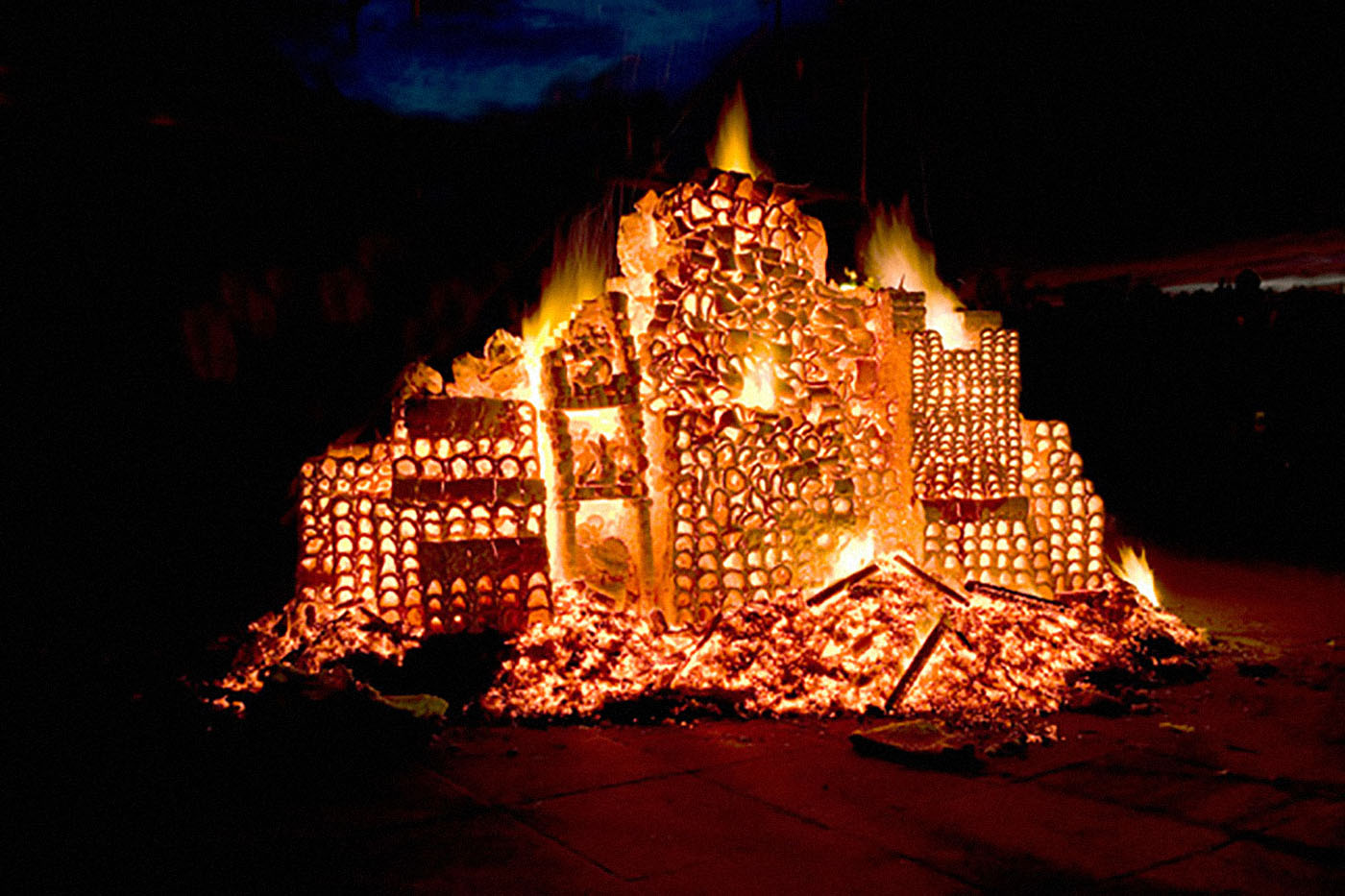 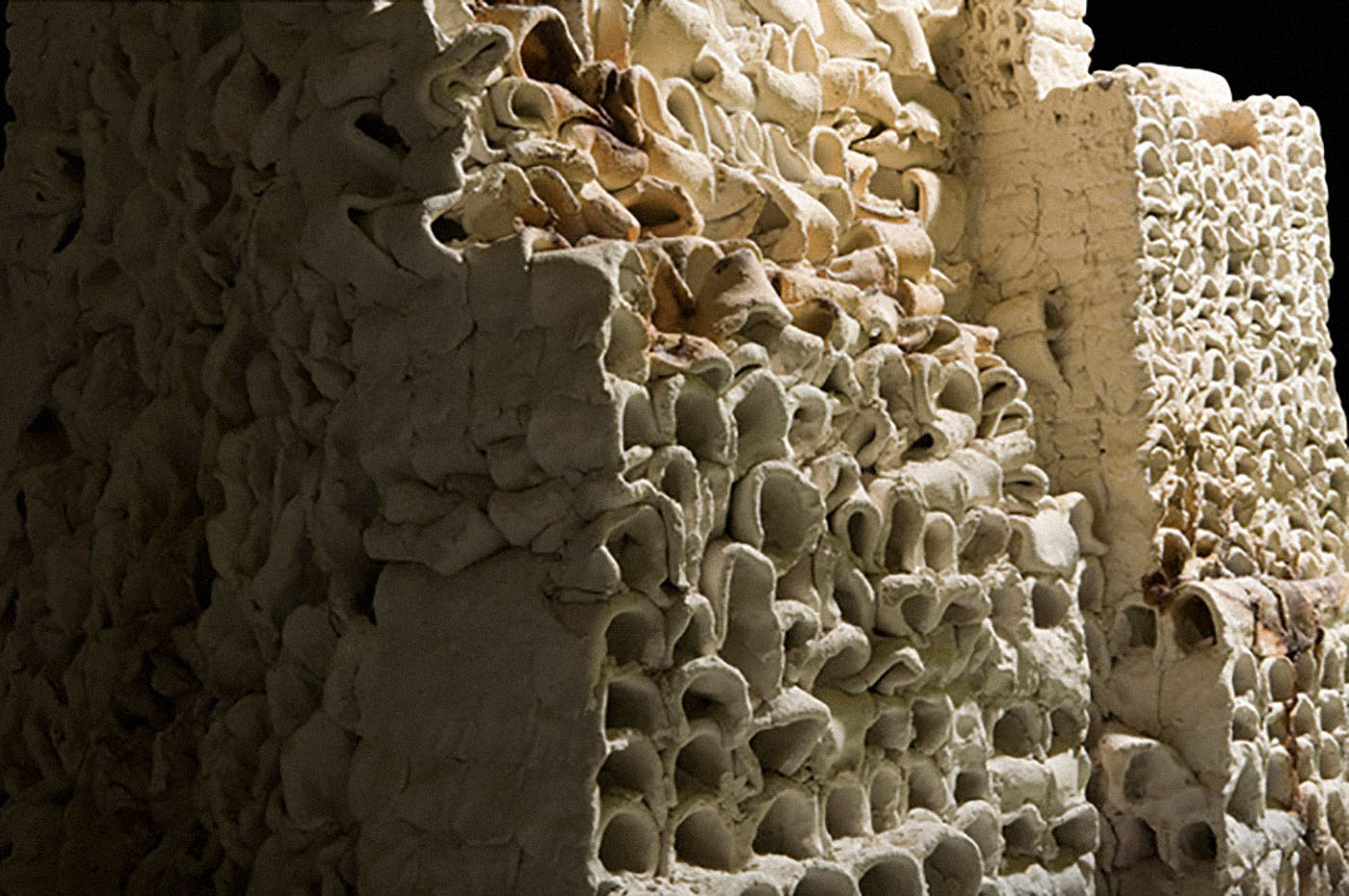 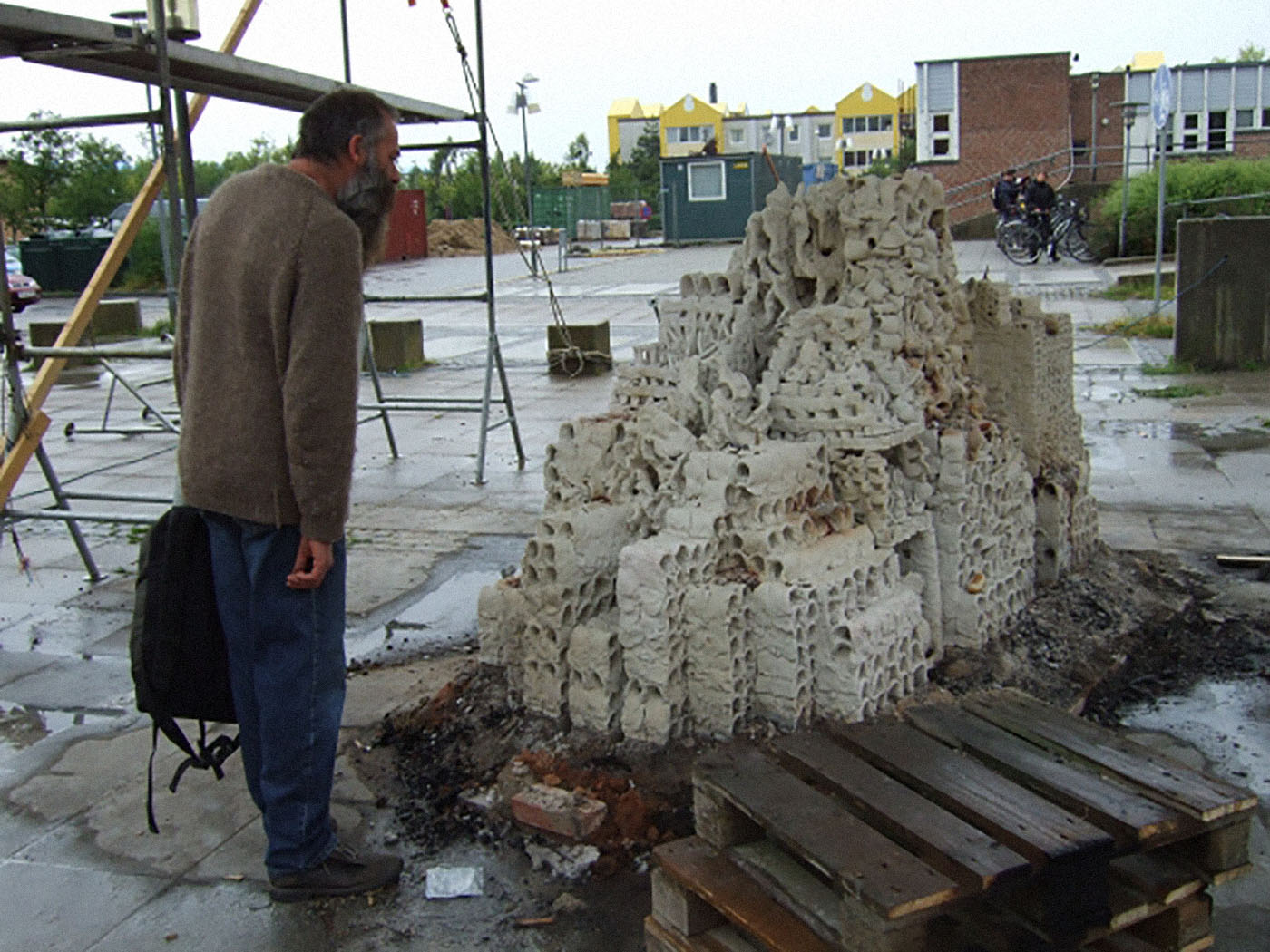 Open Sesame | Sesam luk dig op | Aarhus, Denmark
Built 2008 in the multiethnic district Herredsvang in Århus, Denmark where more than 50 percent of the inhabitants are from other countries than Denmark, mainly Turkey, Palestine, Iraq and Kurdistan. The sculpture was built out of 5 tons of clay on the central square and later in two separate pieces moved inside the newly built Culture House. The idea of the sculpture was two separate pieces that together formed the sculpture. In the space between the two parts were placed objects made by youngs in the area. These objects formed a temporary element of the sculpture. At the unveiling the poet Paul Pileman recited his poems, Integration and Clay elemental. The sculpture was dedicated to the green crocodile in front of the bakers shop. The catching tune was around the project every time a child for a fiver had a ride on it.