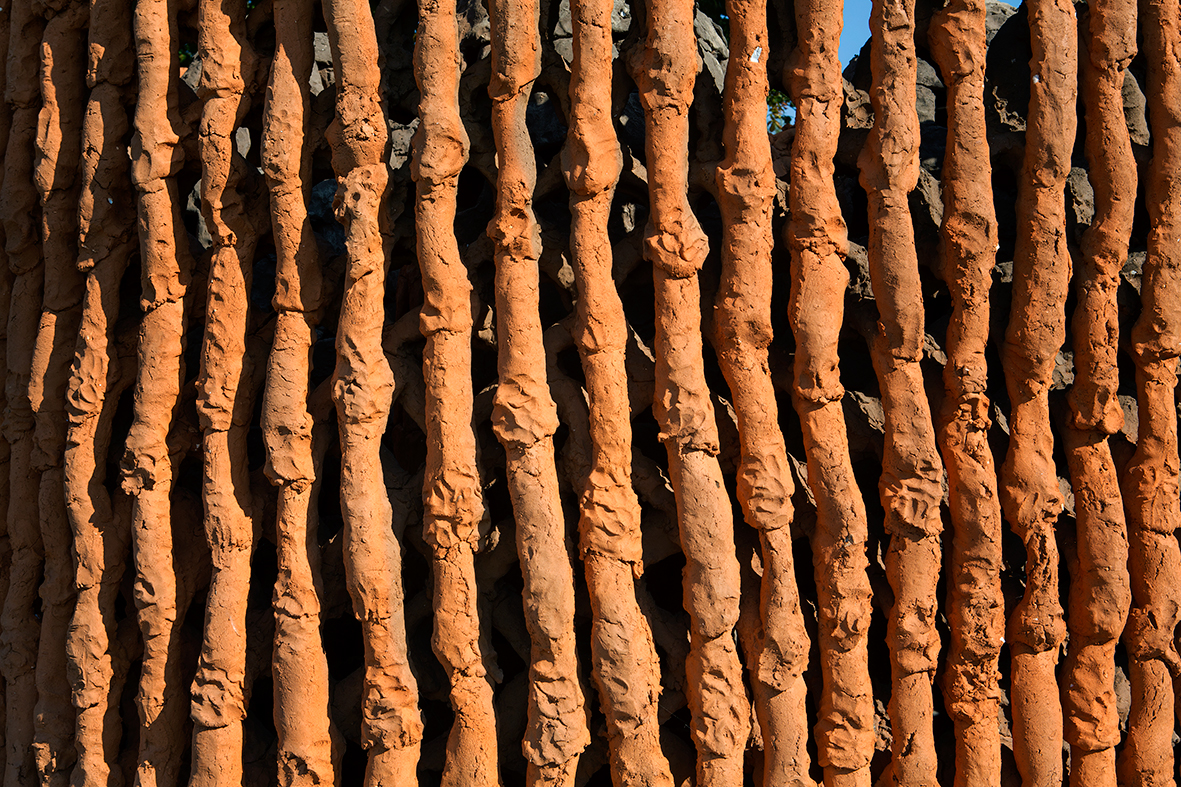 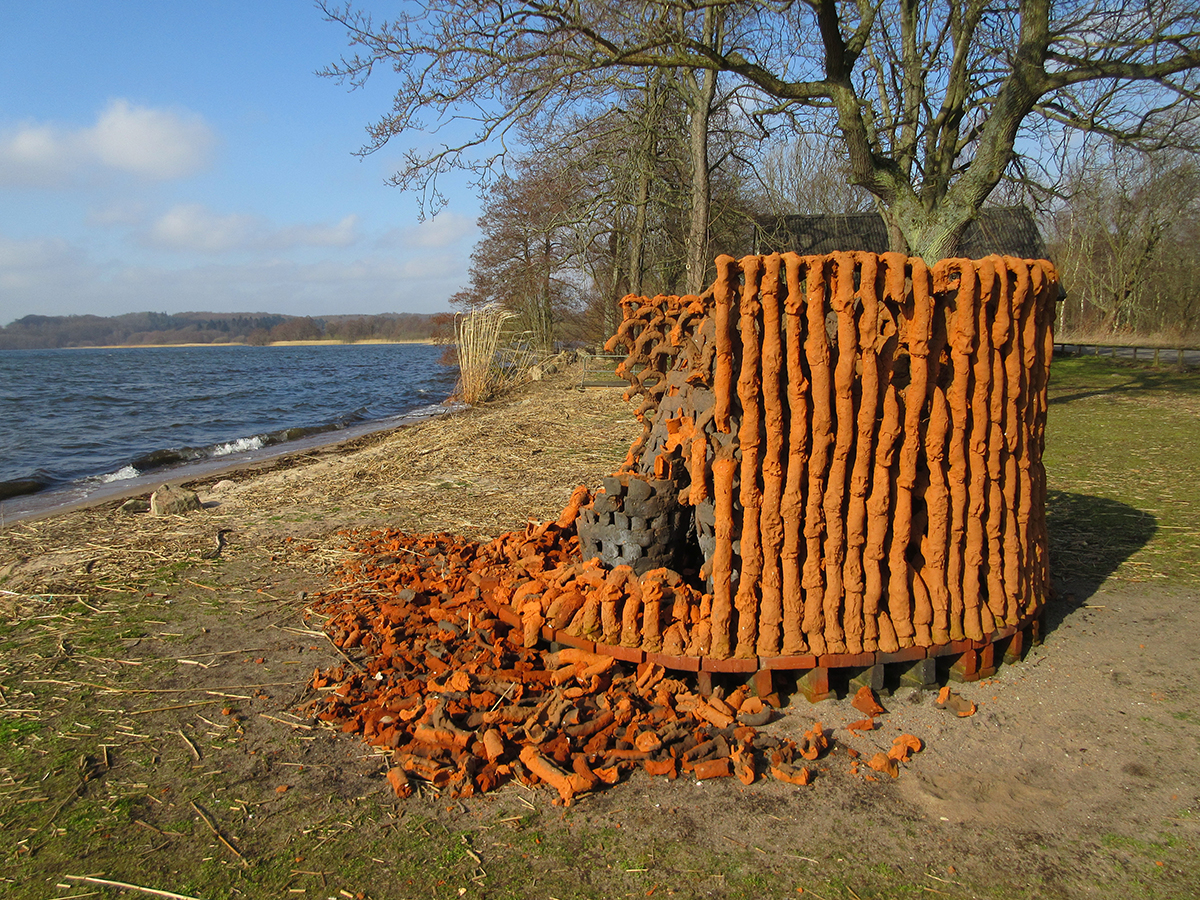 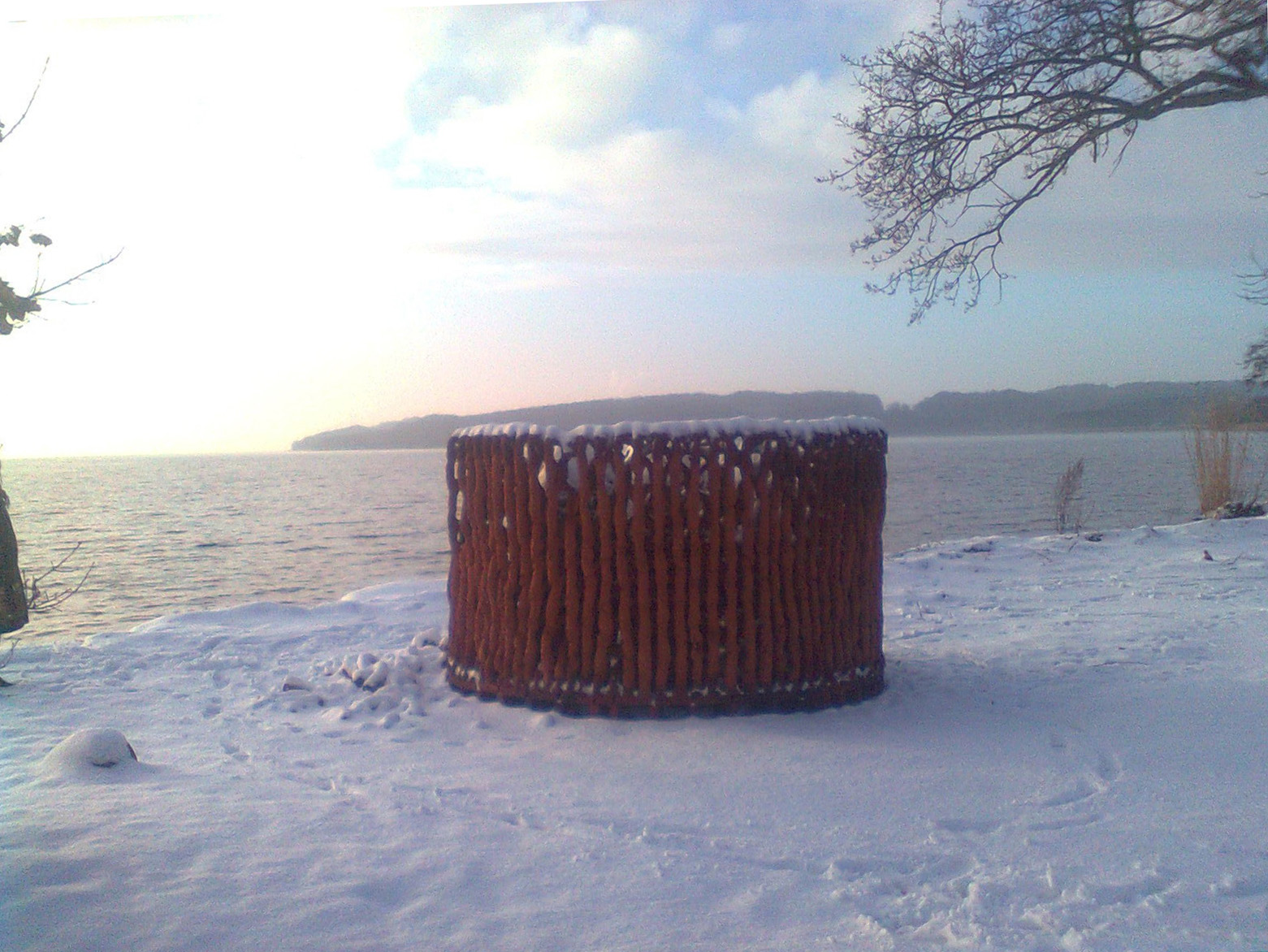 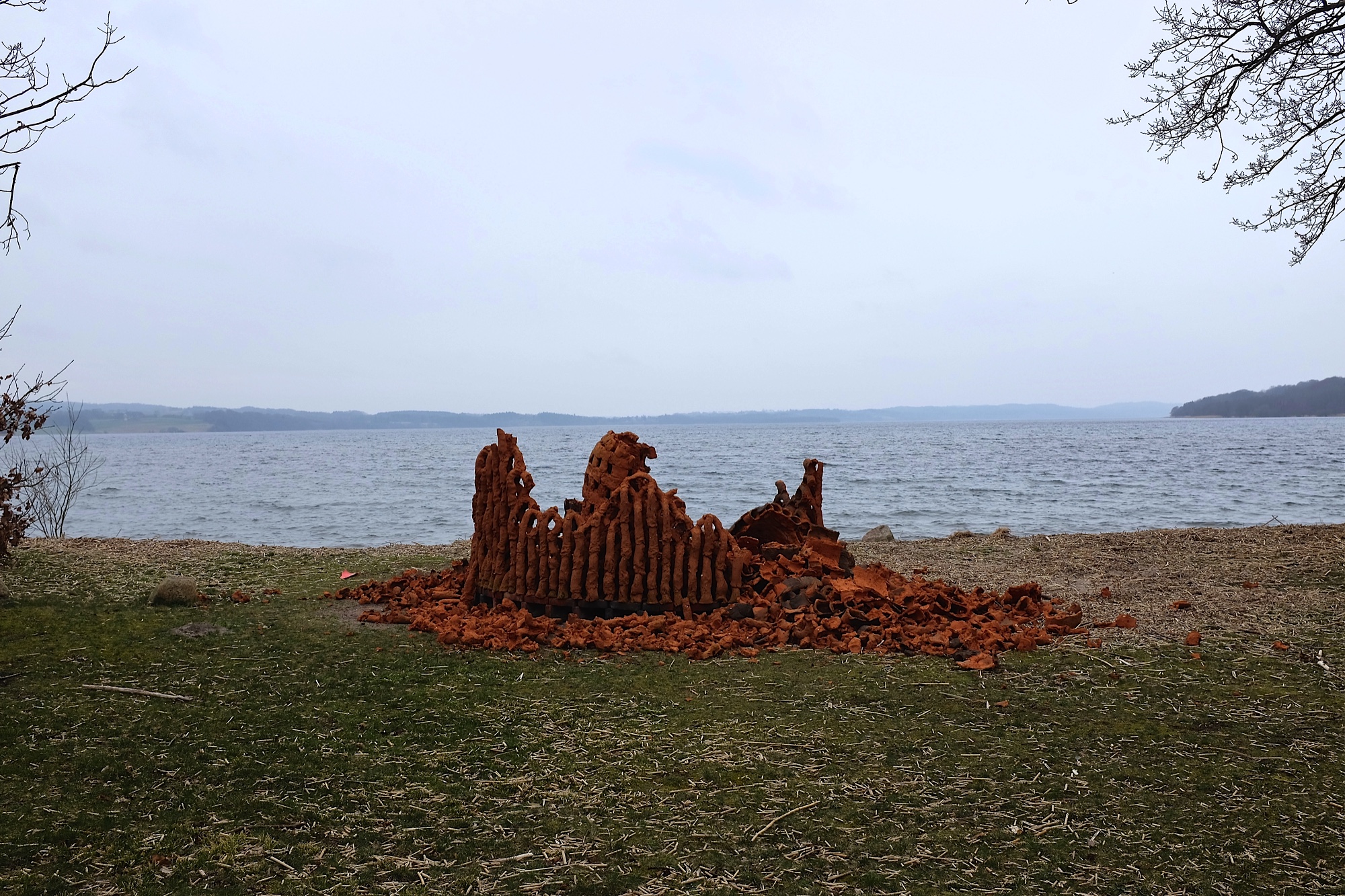 Inspired by – and built almost on the top of – a recent massive archaeological excavation. The excavation revealed the skeletal remains of hundreds of Iron Age warriors, placed here about 2000 years ago. Schoolclasses were visiting and had many ideas as to what the sculpture was about. A city with skyscrapers, a settlement, captured warriors… Fragile and changeable at the shore of Mossø, beatiful red on the outside – and inside ominous, black and timeless. Without doubt they look like bones, the ring’s exterior elements.
Thanks to Anna, Michael, Hanaan, Tommy, Kanami, Barbara, Neha and David for a splendid project.