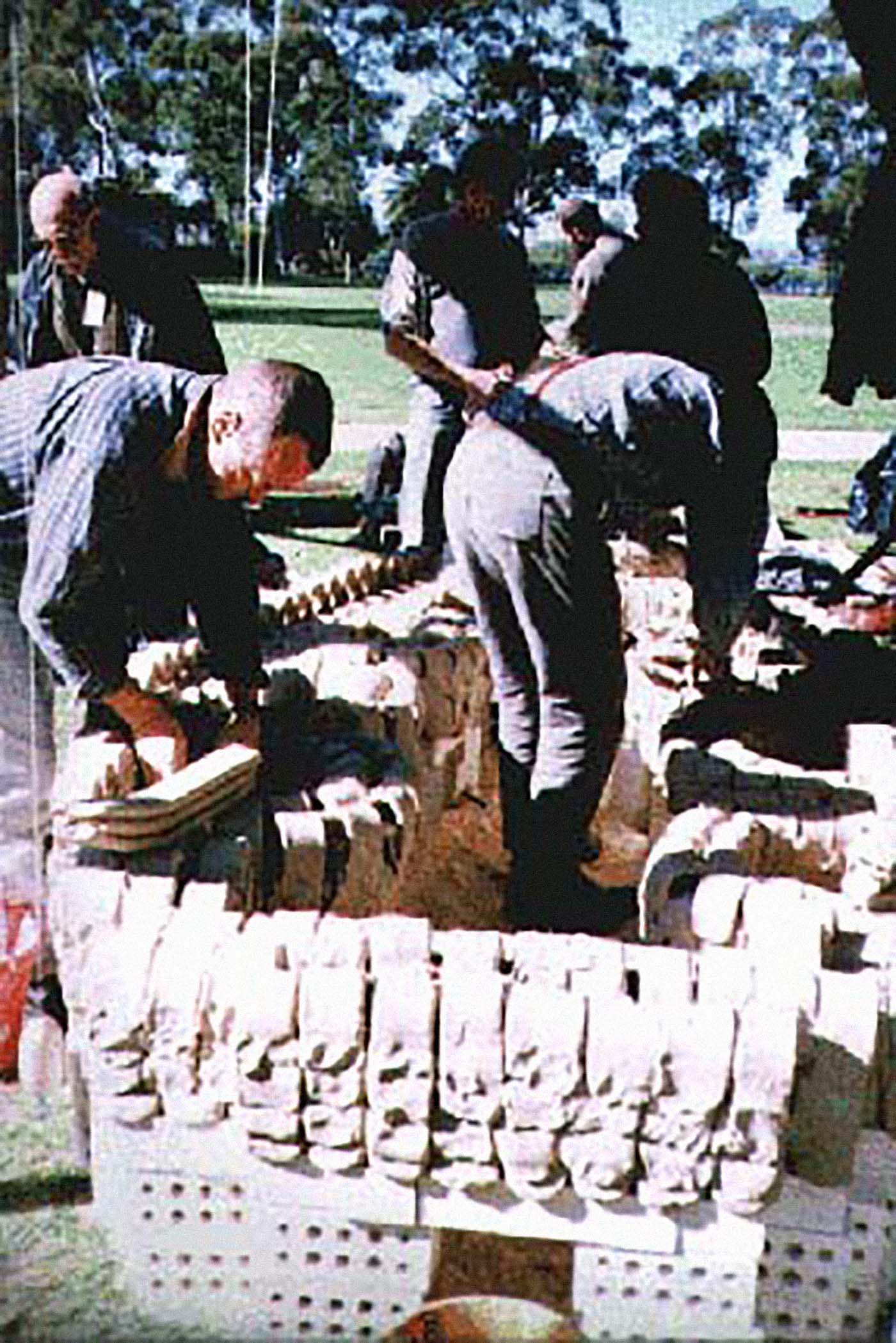 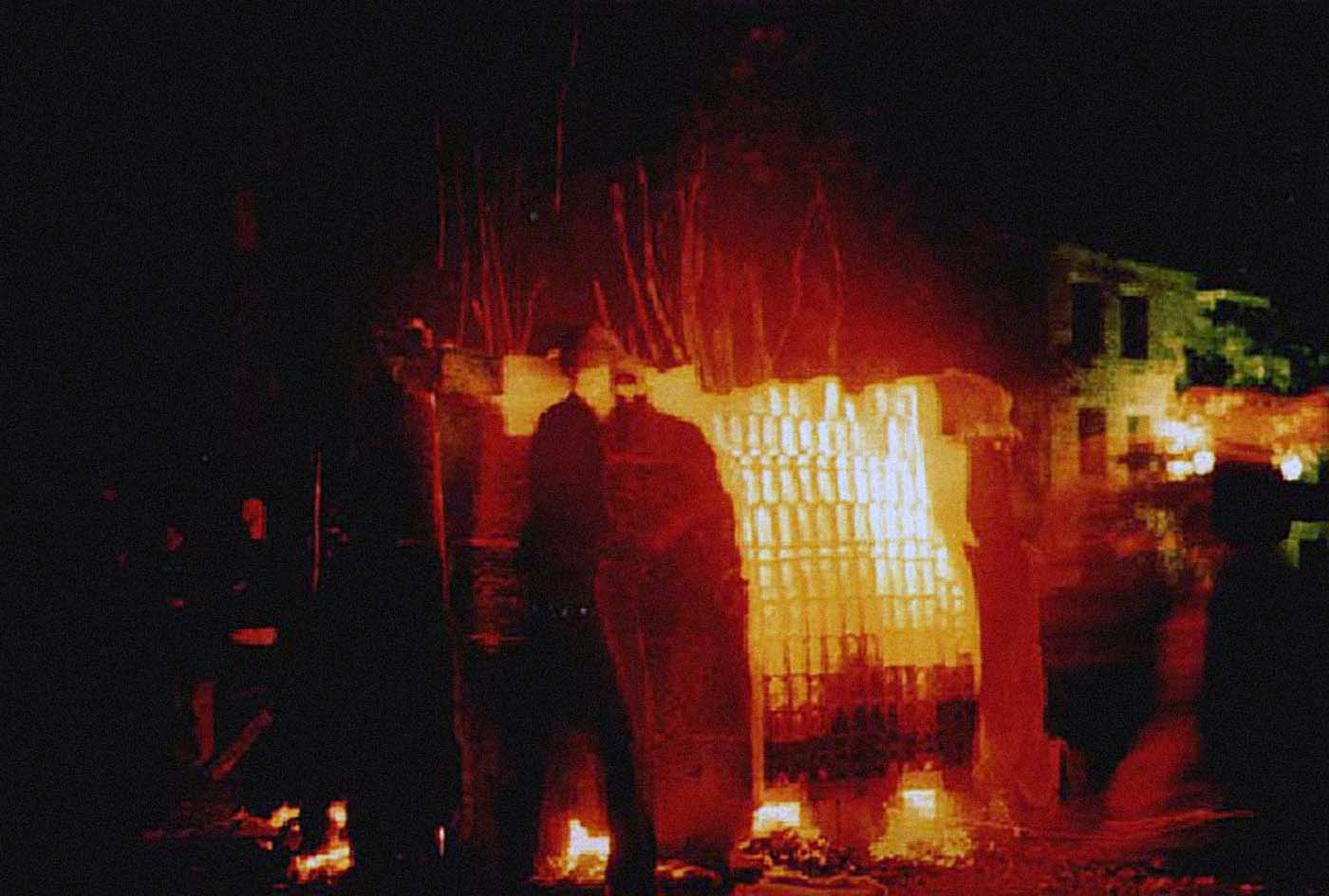 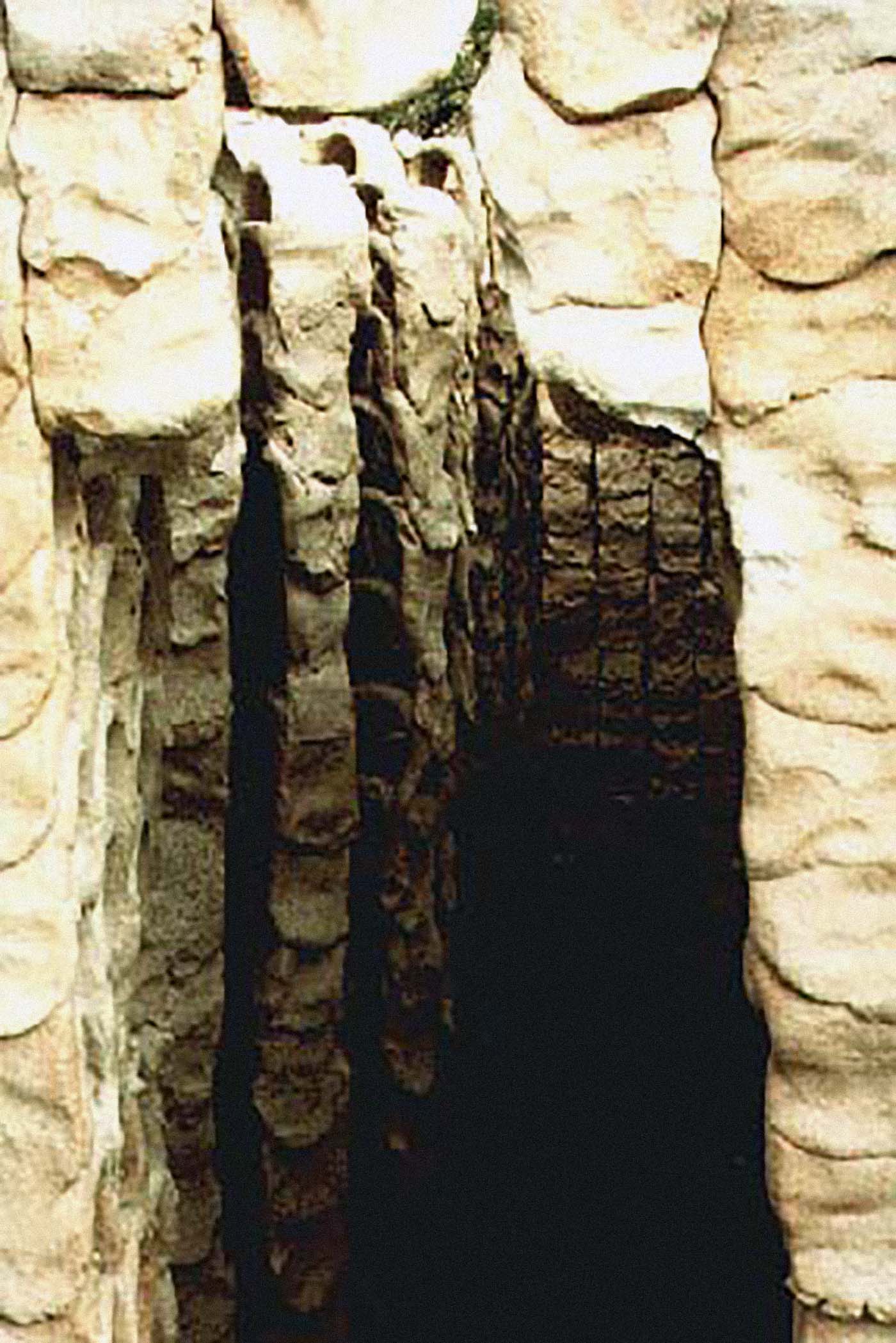 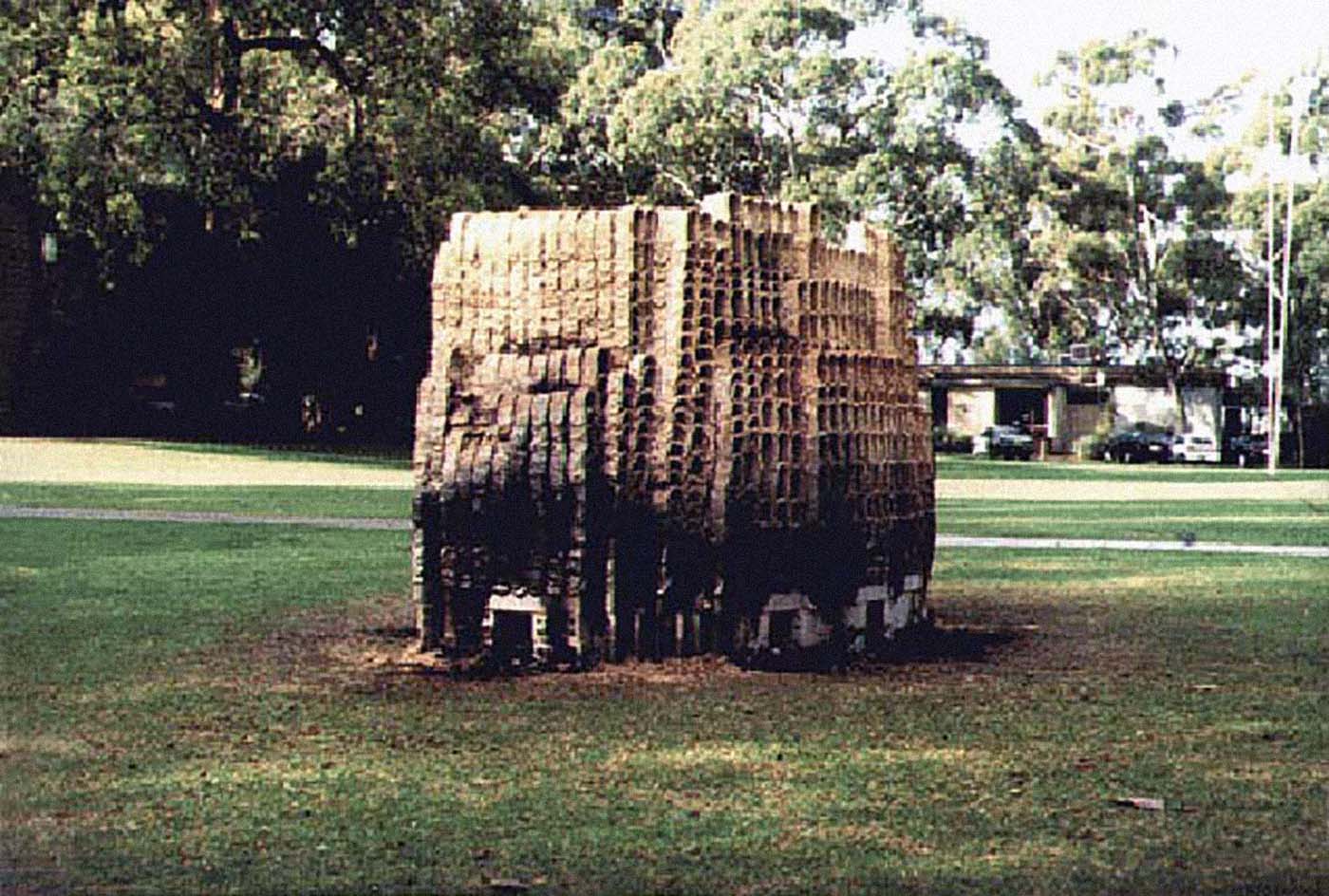 Length: 3 m, height: 2 m. Built in June 1999 out of 4 ton of white clay at the University of West Australia in Perth. The project was part of The Ceramic Conference ‘Edge’99’. The inspiration for the sculpture was from Jørgen Hansens earlier visits to Australia and a visit to the Louvre earlier in ’99’, where he found himself in an Egyptian sepulchral chamber with writing on the walls. ‘End Wall’ refers to the wall which could be seen at the back through the front opening and which, when the sculpture stood glowing, did so strongest and for the longest time because of its denser mass. The uniform clay pieces were a kind of writing on the wall. It stood for one year.